The cave bear lived in Europe during the

Pleistocene. The scientific name Ursus spelaeus derives from the fact that he lived in caves. For more information about the cave bear see

Many caves in Europe contain remains of those generations of bears living there. Several are even called Bears' Cave, due to the remains found there.

Very often those remains were used to produce fertilizer or gun powder. Both didn't work very well or at least not for very long. Even meters of deposits are soon at an end, if they are carried away with heavy machinery.

The grey area on the map shows this. Its ends to the east a little bit outside the map, at the Aral lake. 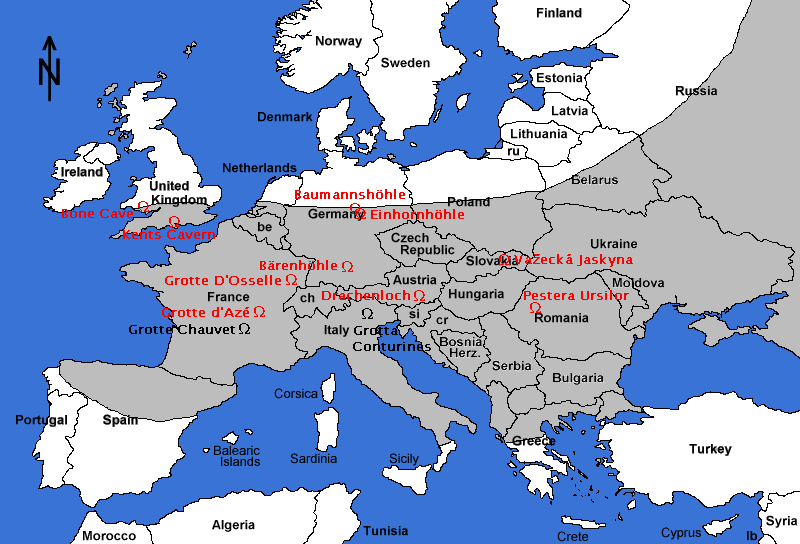